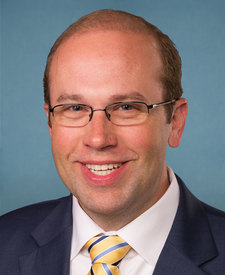 Biography:
Jason Smith is a seventh-generation Missourian, a citizen-legislator, and a champion for the rights and values of farmers and rural Missourians. Jason was raised in Salem, Missouri where he still runs the same family farm that was started by his great grandfather. He attended Salem High School, where he was an active member of FFA, and the University of Missouri – Columbia to pursue a double major in Agricultural Economics and Business Administration. After receiving degrees from both programs in three years, he attended law school in Oklahoma before returning home to serve his community. Back home in Dent County, he began running the family farm and practicing law. It was during this time that he recognized the harm that the over-bearing government was inflicting on Missourians and our economy. This inspired Jason to run for office himself so he could begin to undo the damage. Jason was elected to the Missouri House in a special election in 2005. In the General Assembly, he has fought to shrink the size of state government, eliminate burdensome rules and regulations, increase government transparency, protect property rights, implement the castle doctrine, require drug testing for welfare recipients, and defend Missouri agriculture. Thanks to his efforts, his colleagues selected him to serve in leadership: first at the Majority Whip and more recently as Speaker Pro Tem—one of the youngest in state history. During a Special Election in June of 2013, Jason was elected to represent Missouri’s Eighth Congressional District in the United States House of Representatives. As a member of the 113th Congress, Jason serves on the House Judiciary Committee and House Natural Resources Committee. Jason has earned 100% ratings from the American Conservative Union and the Chamber of Commerce, he is a lifetime member of the National Rifle Association and, as the son of a pastor, he is proudly pro-life and supports traditional values. Jason attends Grace Community Church in Salem where he volunteered as a Sunday school teacher for their church’s youth. [10/2014]
Other Ratings:
These ratings show how each elected official's voting record lines up with the policy and issue agendas of various organizations across the political spectrum.
American Federation of Labor and Congress of Industrial Organizations (AFL-CIO) - 113th Congress
20%
National Association of Manufacturers (NAM) - 116th Congress
100%
National Federation of Independent Businesses (NFIB) - 113th Congress
100%
U.S. Chamber of Commerce - 113th Congress
78%